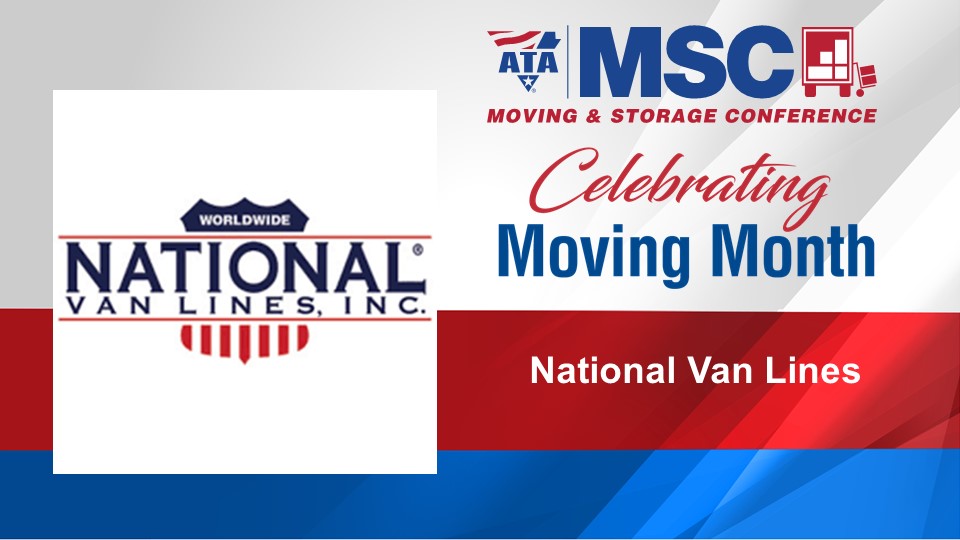 F.J. McKee started National Van Lines in 1929, but McKee was on the road well before then. He began delivering ice and coal to the Chicago area in 1901, using a wagon pulled by a single pony. McKee’s success eventually led him to expand his services to moving vaudeville sets for acting troupes (including Charlie Chaplin). From there, McKee expanded his moving services even further, and by 1916 had an entire fleet of trucks.

The business was passed down to his son, F.L. McKee, who ran the business until 1993. That’s when F.L. McKee passed the family business down to his daughter Maureen Beal. Maureen retired in 2019 and chose Tim Helenthal as her successor.

F.J. McKee took great care in his work and that care and consideration has continued throughout three generations of the McKee line and up until today.

When asked how the history of the company impacts National Van Lines’ operations today, Tim Helenthal, CEO stated, “National Van Lines was a family-owned business before it became employee-owned, and that’s an integral part of our culture and business practices. We treat people the right way—with respect, kindness, and compassion. When one of our drivers calls into National Van Lines, they aren’t a number rattled off—they are a name, a person we know. When we are hired for a move, it’s not just a job, it’s a relationship. That customer trusts us with everything that is most precious to them, and it’s our job to treat those things as if they were our own.”

Today, National Van Lines boasts a network of over 130 agents who know that moving is about creating new memories, as much as it is about protecting old ones. President of National Van Lines, Mark Doyle, added, “We get to be a part of people’s lives. That’s pretty amazing when you think about it. Years after we have moved a family, they will look back and remember how it felt to watch their boxes be loaded onto one of our trucks. They will remember what it felt like seeing us come up the street to their new home to unload. Those are two very memorable days, and we will be part of them forever. It’s something we don’t take lightly.”

The American Trucking Associations’ Moving & Storage Conference is proud to have National Van Lines as part of our incredible and important industry!