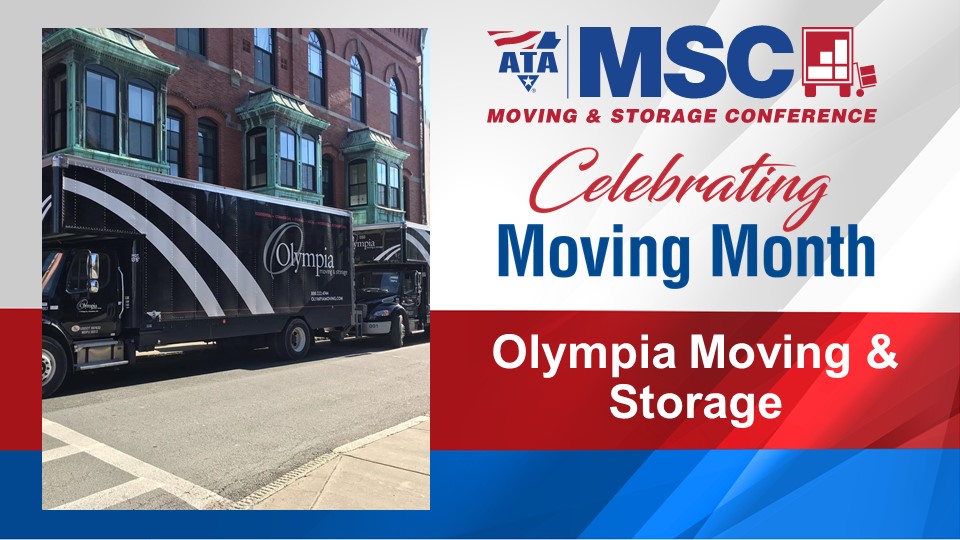 Since its founding in 1993, Olympia Moving & Storage has been committed to “getting [the moving business] right.” Founded by Michael Gilmartin, a Northeastern University graduate who worked his way through college as a mover, Olympia Moving & Storage has grown into a vast company with four locations, six warehouses and over 10,000 moves per year.  When asked why he thinks Olympia has been able to grow and expand the way it has over the past 29 years, Gilmartin answered, “Olympia has excelled because of our incredible team. “We have comprehensive systems and processes in place, but at the end of the day, it is people ensuring the continuity of our service.  It is people that are the heartbeat of this company.”

In the past year alone, Olympia has been recognized with numerous awards, including Best of Boston, Super Service, and the Wheaton agent of the Year.  “We take our work very seriously” said Candace Longo, Director of Client Experience, “every call, email and operational action has been carefully considered before being incorporated into our workflow.  Moving is stressful and companies sometimes lose site of the fact that we are responsible for guiding families through a traumatic moment in their lives.  What we do matters.”

Not only is Olympia dedicated to providing a great service for their customers, it is also dedicated to the communities in which it is a part of.  Olympia is the Official Logistics supplier for the Special Olympics in Massachusetts and Northern Virginia and regularly donates time, resources, and equipment in support of the amazing athletes.  “There are a lot of metrics we use to measure performance” said President Piet Gauchat, “but there is no data that captures the significance of our partnership with the Special Olympics.  This relationship is reflective of shared values and what we are all about.”

The work ethic of Olympia’s crews is widely recognized in the markets they service.  At one point in the company’s history, a team of Olympia volunteers raised $5,000 for a local charity by carrying a piano up 50 flights of stairs at the Prudential Tower in Boston in less than an hour.  “If you have what it takes to be part of the Olympia Team, it says a lot about your character,” continued Gauchat.  “One of the many indications that we are doing it right, is that we are the company that other movers refer their friends and family to.”

The American Trucking Associations’ Moving and Storage Conference is proud to have Olympia Moving & Storage as part of its community of members, and especially representing the industry as a ProMover®. Thank you for your hard work for the industry and for always putting customers first!