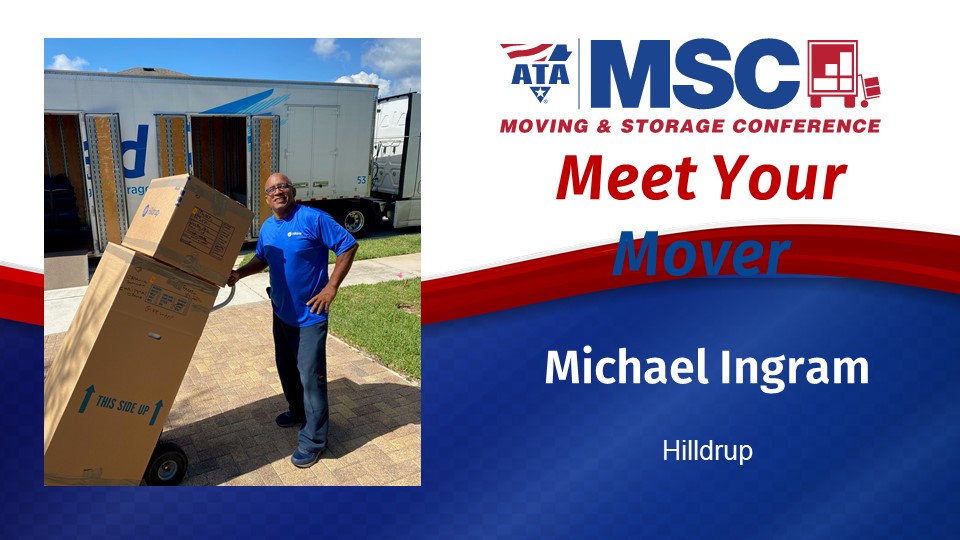 Mike Ingram is a driver at Hilldrup and was recently highlighted for his dedication to his team as well as to the customer. For the last three years at Hilldrup, and 41 years prior, Mike has made it a priority to help Operations to service customers who were not originally assigned to him. Even on his days off, Mike works to ensure his team does not have any service failures. One example of his team-first mentality occurred in mid-June 2021. Mike had finished an interstate delivery on a Thursday in Salem, NC and was set to go home to his family afterwards to spend the weekend. Operations in Stafford, VA called on Thursday evening to ask Mike if he would drive up to Stafford on Friday to deliver a shipment on Saturday morning because there were no drivers by Stafford available to deliver it. This request entailed a 6-hour drive to get to Stafford and meant that Mike would leave his family earlier than planned. Mike smiled and then let out a laugh and said, “You know what? I would do anything to help you guys!” Mike drove to Virginia on Friday. He was at the customer’s home at 8am on Saturday morning with his crew and had great rapport with his crew and the customer. Mike then drove back to his family on Sunday morning. When asked what inspires Mike’s mentality, he says that he truly cares about the customers. He appreciates help from his team when he is in a bind and is happy to pay that help forward. We are so grateful to have such a devoted member of our industry!