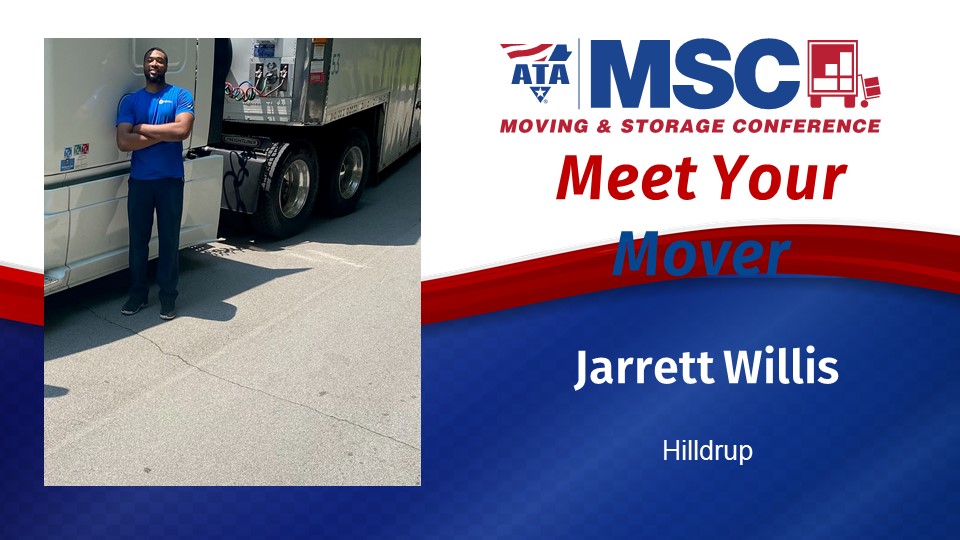 Jarrett Willis has been working for Hilldrup for two years, and has been in the moving and storage industry for a total of 10 years. He is well known on his team for being a team player and caring about the customer. Even on his days off, Jarrett can be relied on to go above and beyond for his team. In mid-June 2021, Jarrett finished a delivery on a Friday in Raleigh, NC and went home to spend the weekend with his fiancé. His next scheduled load was in Fredericksburg, VA on that following Monday. Operations called Jarrett at 4:30pm on Friday to see if he could help deliver another shipment either Saturday or Sunday, which entailed a 6-hour drive and more time away from his fiancé. Jarrett said that he would leave home on Saturday. He retrieved the paperwork and the trailer.  As Jarrett loaded the shipment, he noticed that there was substantial overflow. Operations had a driver to cover the overflow load, but no one to help load it. When the second driver arrived at the residence, Jarrett and his crew had all of the overflow items waiting in the driveway and loaded it all within 1 hour. Jarrett had also inventoried the overflow to speed up the process. When asked what inspires him, Jarrett responded that he views every opportunity as a chance to learn more about the industry from moving veterans and from the team in his office. We are so fortunate to have someone with such a positive mentality working in our industry!